Heading to Arizona in August may not be the smartest thing that we have ever done, and certainly not the coolest, but when you’re going to visit family and have only a limited amount of time, sometimes there really is no choice.

We love this state and have visited it many times. Some of our favorite places are of course Grand Canyon, Scottsdale, Sedona, etc. This Arizona road trip was all about the wild, wild west and gun fighting cowboys.

We started in Tucson where we enjoyed a number of sights like Old Tucson, the Pima Space and Air Museum, and the Sonora Desert. From Tucson, we drove all the way down, about 60 miles, to Tombstone, Arizona.

As you approach the small town of Tombstone, amidst the cactus and tumbleweeds there are plenty of hotels, motels, a few restaurants, and lots of souvenir shops, so you can bet your bottom dollar you are on the correct tourist trail. For a truly unique experience, book a room at the Tombstone Bordello Bed and Breakfast.

We arrived there in the heat of the mid-morning after stopping at a gas station not far north of the town. The gas station, being in a less than touristy area other than the fact that it’s on the way to Tombstone, was full of gun-toting modern day cowboys who stop to have their breakfast burritos in the café.

For me, it was something out of a nostalgic road trip that I took in my youth, a gas station that you see in the distance with not much around it, but full of friendly faces. The workers know every local and even the truckers or other workers that come by on a regular basis. Therefore, they definitely know when a stranger (read tourist) rolls into town as well.

From the moment I entered the shop, I was overcome with a homey feeling and couldn’t help but giggle when I overheard the main cashier yell to another worker in the store, “I think the guy on pump three doesn’t seem to have a clue what he’s doing.”

The colleague peeked out, but before she could answer I piped up and said, “He probably isn’t sure how to work the pump. We live in Germany, and maybe your system is giving him some trouble.”

Meantime, Jim had figured the pump out and was on his way in the store to pay. When he was handing over the money, the clerk mentioned, “Looks like you had some problems?”

Jim replied, “Well in Germany the diesel pump has a black handle, but here the black handle wasn’t going into my tank. I was very confused, but then I realized that diesel is the green handle here.”

“That’s right. Never heard of it being any other way, but glad you got it figured out. Anything else we can do for you?”

I jumped up and handed Jim the snacks I’d picked out for him to pay for and we were back on our way.

It wasn’t much later that we arrived in Tombstone in the heat of mid-day. As soon as you cross the town line, you can feel assured that it was there solely for the purpose of extracting as many dollars as possible from any tourist heading that way.

They were ready to spin you a yarn, give you a show, sell you some western grub, and send you on your way with a new pair of cowboy boots or some other just as noteworthy American garb. We couldn’t wait.

It was obviously there for fun! Luckily, there are plenty of historical sites to see, and the ones that had disappeared over the ages have been rebuilt and reconstructed just for our pleasure.

Tombstone Silver Mine – Boom to Bust

Tombstone had its heyday back in the mid-19th century when a prospector found silver. Like in many of the boom towns, word spread and before long the city grew to almost 20,000 residents all looking to make a quick dime.

The prospector, Ed Schieffelin, gave the town its name as folks had always teased him that the only thing he’d find in that desert was his own tombstone. The silver mine payed out almost 40 million dollars over its lifetime, and some might say in a way it’s still proving to be pay dirt.

There’s really nothing left of the silver mining industry in Tombstone, but tourist can take an underground tour of an old mine and visit the workings. Check out the Good Enough Silver Mine for more information.

Silver isn’t what Tombstone is known for, though, no. Its most famous event was that of the notorious gunfight of the OK Corral. Legend (as well as many Hollywood movies) has it that the McLaurys were bad men, criminals in fact. They lived outside of town and grew up thieving, cattle-rustling, and yes, even killing.

One day, on October 26, 1881, they strode into town not necessarily looking for trouble and ran into the famous law men, Doc Holliday and the Earp brothers, Wyatt, Virgil and Morgan. Apparently these “law” men weren’t really always on the right side of the law themselves, and they felt that the McLaurys were getting in their way, their way to profit.

So, they were deputized and went looking for the gang. When the McLaurys entered the town, they were shot at. They immediately shot back, wounding a few of the law men, and the entire gunfight lasted only about half of a minute, and oh by the way, it didn’t happen in the OK Corral.

It all took place outside in a street of the town. All the facts don’t really matter too much, the story is a good one and 150 years later, the town continues to tell the story and reap the benefits of this fateful day. In fact, the downtown area of Tombstone has been recreated to look just as it did in 1881.

The locals are dressed up in old western costumes, complete with bustles and parasols for the women, and shiny boots, chaps, and gun holsters for the men. The main street is empty except for a few actors and the stage coach that you can pay to ride on. It looks and feels like the old west. They do a great job

You can see the gunfight take place about six times a day in Tombstone. Some are at the OK Corral, some in the middle of the town, and some in a back street theater. We went to the theater and saw the “comedy” version of the gunfight. The bleachers had water-misters and it was cool and fun. The one at the corral is supposed to be more historical, but we opted for humor.

We also took an hour long trolley tour through the town, where they pointed out where the gunfight took place and where all the people lived. Again, it was peppered with legend and jokes to prolong the real history of the town and the gunfight, but if you go with the intention of having fun and not get too carried away with fact, then you are bound to have a great time like we did.

If you’re in Tombstone on a Friday or Saturday evening, the trolley tour company offers a dusk Ghosts and Murder tour that will trundle visitors through town pointing out paranormal hotspots. This is also a great way to visit the infamous Boothill Graveyard.

The one real historical site is the Cochise County Courthouse, where the jail and other town offices were. Nowadays it is a museum with a good selection of artifacts explaining the history of Tombstone.

Of course, the exhibits tell the story of the gunfight from a number of perspectives, but the one I enjoyed the most was a handwritten note from a local woman who said that the McLaurys were just a bunch of boys getting into mischief. There was no need to kill them.

It was here, at the courthouse, I heard of a newer and just as disturbing of an event. I had noticed that in many of the souvenir shops and cafés there were paper signs hung up near the door or cash registers that said, “No guns allowed.”

This is the wild west after all, and Arizona is a “free to carry” state. In fact during the time we were there, we had often seen modern-day cowboys wearing business suits, or blue jeans and T-shirts, while sporting their Glock 9mm on their belt loop.

The first time we noticed this was in a breakfast restaurant in Tucson, and we were more than a little shocked. Anyway, we asked the lady at the courthouse, which is a US national historical site, why there were signs around town that said guns weren’t allowed. First she gave me a look of complete disgust, but then she answered my question.

Just like the original gunfight, this story is quite tragic. Since Arizona is a right to carry state, many of the actors who come for the tourist season to play out the gunfight, actually wear real guns. In 2015, one actor was late to work. He had to run to get to his mark in time and forgot to clear his gun (removing the live bullets).

On a normal day he would get to work, fill his gun with blanks so that no one would get hurt. But on this day he forgot. The shootout progressed in the show, and he shot a fellow actor. The other actor went down, as he was shot in the pelvic area. Luckily after surgery, he did recover. At that point the town Chamber of Commerce decided that the price of real guns might be too much, and they started banning real guns from the town.

If you want to go to Tombstone, Arizona, there are plenty of places around town to keep you busy for at least one full day. Here are some of our suggestions: the graveyard, the courthouse, the Main Street, and if you want to drive around town or take the trolley tour, there are plenty of other historical buildings that will capture your imagination.

Tombstone is a place where you can have a lot of fun, use your imagination, be in the heart of the old West, eat some cowboy food, and drink some cowboy drink. We had a grand ol’ time! If you are looking for more family fun, check out the Polar Express in Palestine, Texas.

We got to Tombstone by driving, but they do have an airport and if you are flying with a baby, you might want to check out these fabulous tips.

Have you been to Tombstone, Arizona? 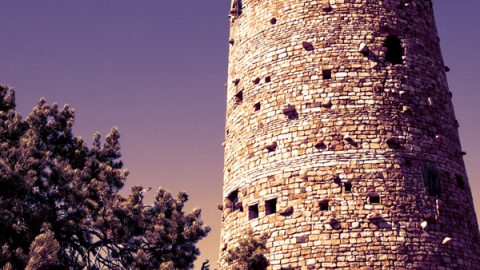 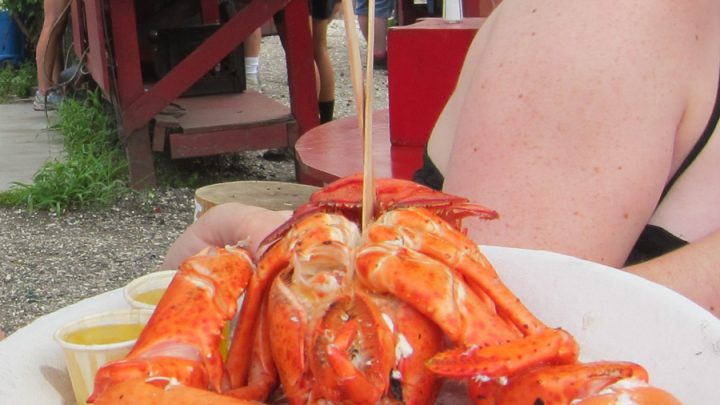 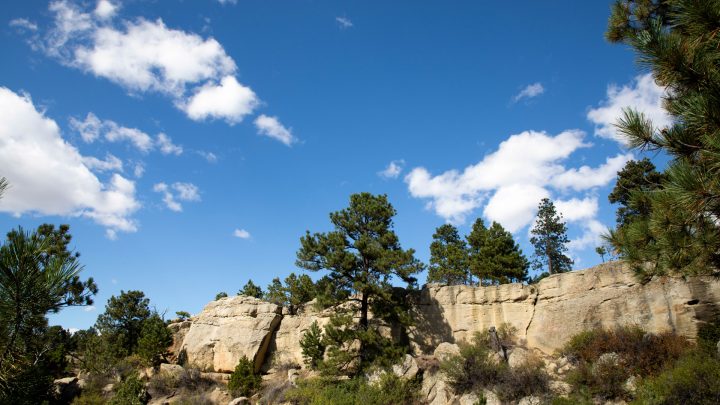 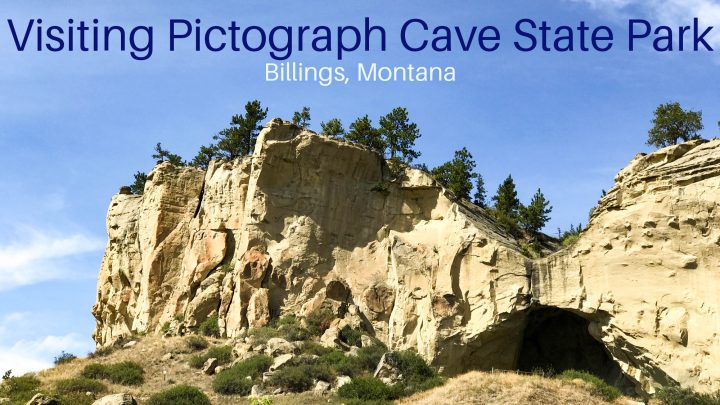 A Visit to Pictograph Cave State Park in Billings 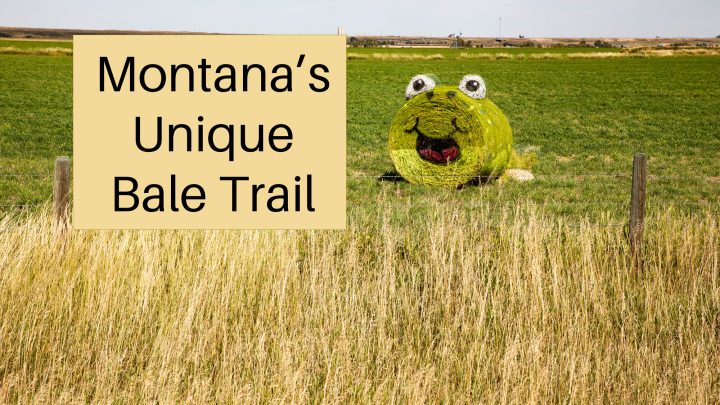 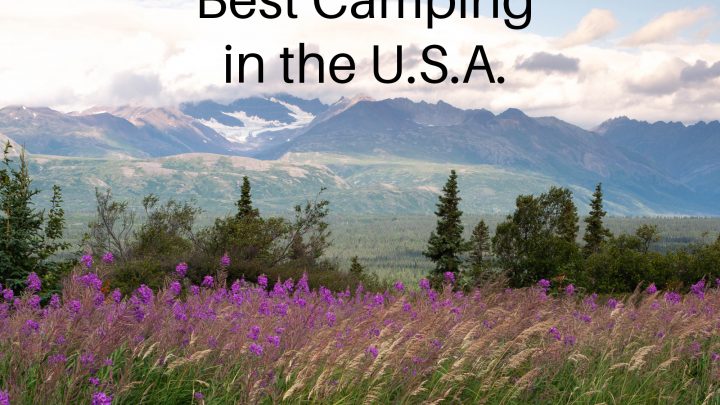 Jim Vail, cofounder of Roving Vails, is an avid traveler and explorer. He's been to all fifty states and traveled around the world. He's happiest shooting wildlife photography, camping and hiking in the mountains, or fishing on the side of a river in Alaska. Find out more on our About Us page.